Brief History of LISTE
20 years ago in Basel there began a success story like few others in the art fair world: LISTE – The Young Art Fair in Basel (today: LISTE – Art Fair) was founded in 1996. Within a short span of time, LISTE had established itself as the most important fair exclusively for new galleries and current art worldwide. Since the fair’s inception, LISTE’s focus has been on introducing new galleries with young, emerging artists. The strict selection policy of the expert jury, composed of museum people, combined with the fact that the number of galleries, is kept intentionally low give the fair its high quality, vitality and dynamism. These are clearly reasons for LISTE’s great success. Attending LISTE has become a “must” for collectors and curators who are involved with young art.

The past 20 years have seen many (at the time unknown) artists make their debut at LISTE. For example, the painter Wilhelm Sasnal at Foksal Gallery (Warsaw) or Jim Lambie at The Modern Institute (Glasgow) with an floor installation that was exhibited at the Museum of Modern Art, New York, 10 years later. Elizabeth Peyton, also unknown at the time, presented her small-scale oil and water color works at neugerriemschneider (Berlin). Francesco Vezzoli, with his video works, was presented by Franco Noero (Torino). Steven Parrino, Carol Bove and Banks Violette were shown by Team (New York). One could list the names of many an artist whose international career got its start at LISTE.

Art of the Week 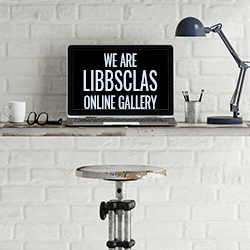 ONLINE GALLERY IS OPEN! Hello, we are LIBBSCLAS. We are enthusiast art-lovers with our own online gallery.